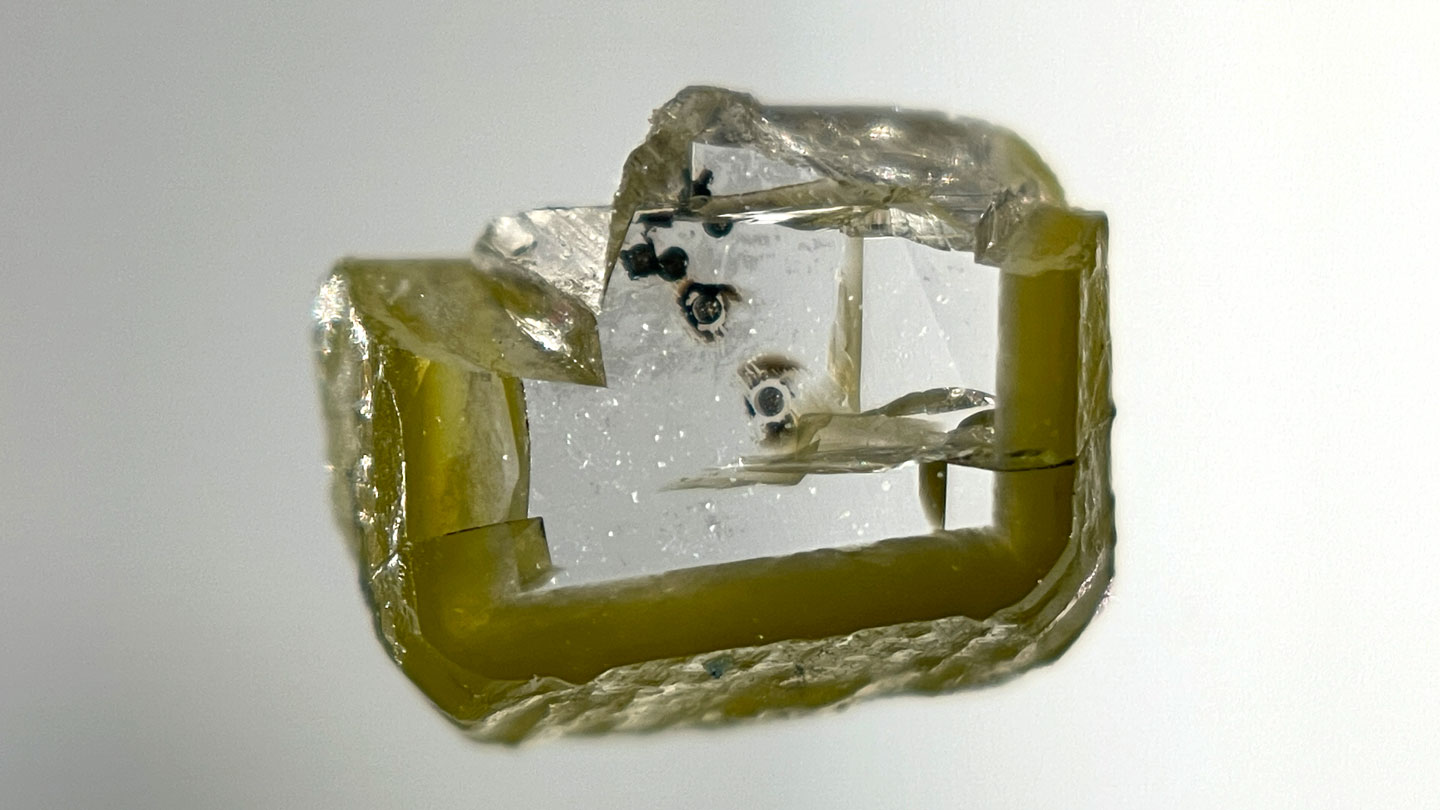 When it comes to knowing what actually lies deep inside the Earth, diamonds are a geologist’s best friend.

A tiny bit of rock trapped inside a diamond is now opening a brand-new window into what the planet’s lower mantle looks like. Inside the diamond is a newly identified silicate mineral dubbed davemaoite that can only have formed in Earth’s lower mantle, researchers report November 12 in Science. It’s the first time that scientists have managed to definitively prove that this type of lower mantle mineral — previously just predicted from laboratory experiments — actually exists in nature. The team named the mineral for well-known experimental high-pressure geophysicist Ho-kwang (Dave) Mao (SN: 3/16/04).

Scientists had previously estimated that about 5 percent to 7 percent of the lower mantle must be made up of this mineral, Tschauner says. But it’s fiendishly difficult to directly observe such deep-Earth minerals. That’s because minerals that are stable in the intense pressures of the lower mantle — which extends all the way to 2,700 kilometers below Earth’s surface — begin to rearrange their crystal structures as soon as the pressure lets up.

Even the planet’s most common mineral, a lower mantle magnesium iron silicate known as bridgmanite, was largely theoretical until 2014, when it was discovered to have naturally occurred within a meteorite that had slammed into Australia with a force that generated crushing, deep mantle-like pressures in the rock (SN: 11/27/14). To date, bridgmanite is the only other high-pressure silicate mineral confirmed to exist in nature.

Diamonds act like time capsules, locking in the original mineral forms on their journey to the surface. The discovery of davemaoite is not only a confirmation of its existence, but it also reveals the location of some sources of heat deep inside Earth. Although it’s a calcium silicate mineral, davemaoite is also host to a rogue’s gallery of different elements that sneak into its crystal structure. That includes radioactive elements such as uranium, thorium and potassium, as well as rare-earth elements. Such radioactive elements have long been thought to produce about a third of the heat circulating in the lower mantle (the other two-thirds is left over from the planet’s original formation 4.55 billion years ago). By identifying the chemical makeup of davemaoite, researchers can now confirm where those elements reside.

That’s because the Botswana diamond also contained a high-pressure form of ice as well as another high-pressure mineral known as wüstite (SN: 3/8/18). The presence of those inclusions helped narrow down the rough pressures at which the davemaoite might have formed: somewhere between 24 billion pascals and 35 billion pascals, Tschauner says. It’s hard to say exactly what depth that corresponds to, he adds. But the discovery directly links heat generation (the radioactive materials), the water cycle (the ice) and the carbon cycle (represented by the formation of the diamond itself), all in the deep mantle, Tschauner says.

Another intriguing aspect of this new mineral is that it’s surprisingly rich in potassium compared with laboratory predictions, says Sang-Heon Shim, a geophysicist at Arizona State University in Tempe. Most experimental efforts to create the mineral came up with “nearly pure calcium silicate perovskite,” Shim says. Scientists can only speculate right now what the source was for the extra potassium, but this unexpected composition hints that the lower mantle may be a more motley mix than thought, with complexity difficult to predict from lab studies alone.