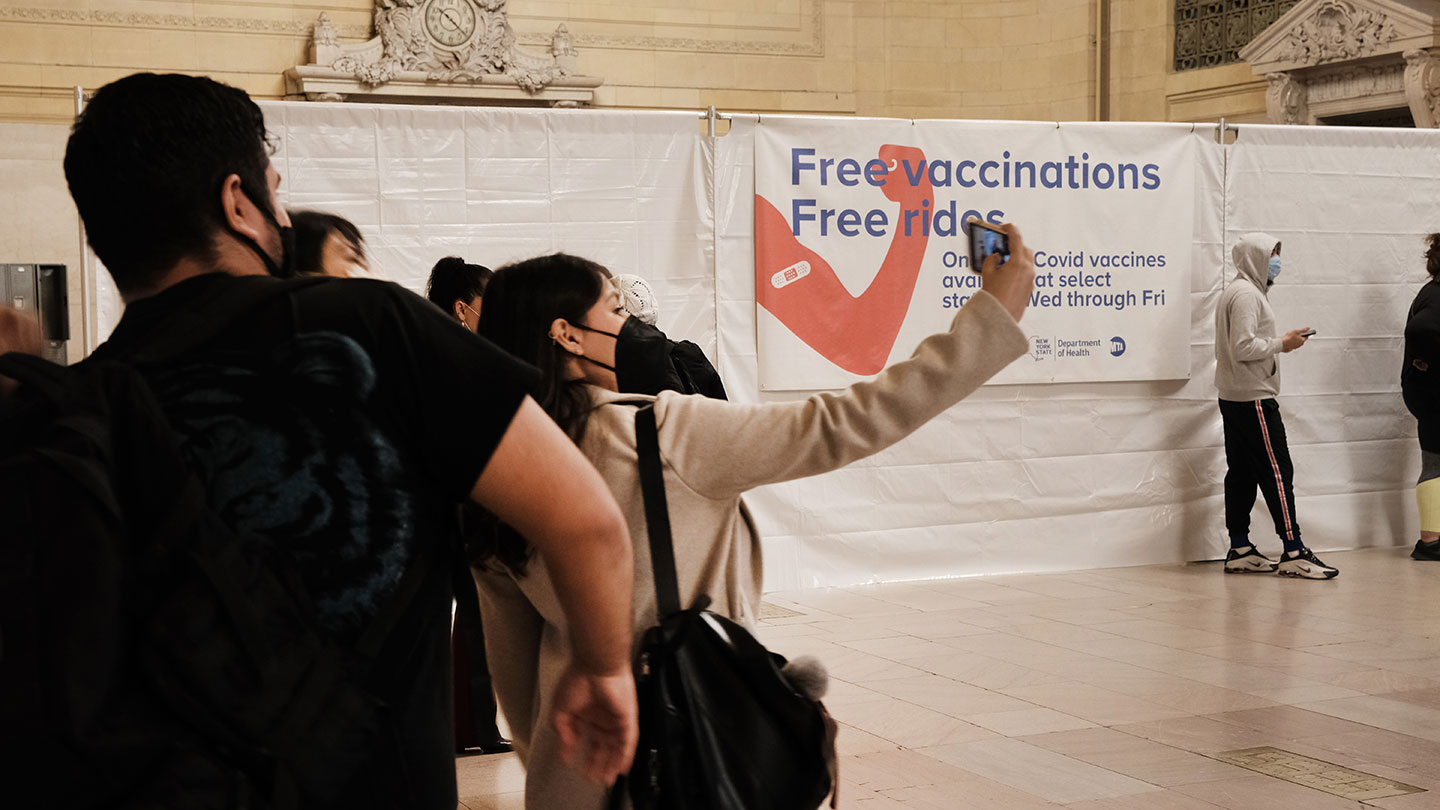 Many people have experienced sore arms and feeling wiped out for a couple of days after getting a COVID-19 vaccine. Some get fevers, chills and headaches. Those familiar side effects have become widely accepted as the price of protection against the too-often-deadly coronavirus.

But it’s the rare, more serious side effects that have grabbed the headlines — and given some people pause about whether to get vaccinated or get the shots for their children.

Such side effects include rare allergic reactions to an ingredient in the mRNA vaccines (SN: 1/6/21) and rare blood clots in young women associated with Johnson & Johnson’s vaccine (SN: 4/23/21).

Now, a group that monitors vaccine safety for the U.S. Centers for Disease Control and Prevention is investigating whether there is a link between Pfizer’s mRNA vaccine and a few mild cases of heart inflammation, called myocarditis, in adolescents and young adults. So far, cases of myocarditis have not risen above the number normally expected in young people, and no one actually knows whether the vaccine triggers the heart inflammation or not.

“We are seeing these potential side effects because we are looking for them, and that’s a perfect example of how our safety system is supposed to work,” says Alexandra Yonts, a pediatric infectious disease doctor at Children’s National Hospital in Washington, D.C. “We’re being very aggressive and proactive, and that’s good.”

Here’s what is known, the experts say: The risk of serious side effects from vaccination remains far smaller than its benefits. The vaccines are highly effective at preventing severe illness, hospitalization and death, even against variants (SN: 5/11/21). The vaccines may also help block infection and transmission of the coronavirus (SN: 3/30/21).

As of May 28, worldwide, more than 1.8 billion doses of COVID-19 vaccines have been given, according to Johns Hopkins University. No vaccines are completely risk-free, says Yvonne Maldonado, an infectious diseases epidemiologist at Stanford University School of Medicine. But the side effects known to be caused by the vaccines are usually short-lived and clear up on their own or are treatable or reversible, she says.

Out of every million doses given of the mRNA vaccines, overall about 2.5 to 11.1 severe allergic reactions to an ingredient called polyethylene glycol will happen. That’s why people are typically monitored for at least 15 minutes after the shot. The risk is obviously highest for people who have known allergies to polyethylene glycol and they should probably avoid taking the mRNA vaccines. If the jabs are broken down into smaller doses, people with the rare allergies might still be able to get the shots safely, researchers reported in April in the Annals of Internal Medicine.

A small number of people who have facial fillers made of hyaluronic acid may get swelling around their fillers a few days after a shot of an mRNA vaccine. The European Medicines Agency recommended that the vaccine makers warn people of the possible reaction. In Moderna’s clinical trial, three people developed the swelling. Nine other cases were associated with either the Pfizer or Moderna shots, researchers reported April 7 in the Journal of the American Academy of Dermatology.

“It’s not a high number,” says Herluf Lund, a plastic surgeon in St. Louis, Mo., and the immediate past president of the Aesthetic Society. “But it’s also not unheard of, because it’s not just the COVID vaccines that are tied to this; almost any vaccine can be tied to this swelling around fillers.” Illnesses can also trigger the swelling. The reaction isn’t an allergic reaction, it’s a side effect of revving up the immune system. “The immune system when it first starts up is a bit like a shotgun; it fires and hopes it hits something,” he says. Once the immune system recognizes the vaccine or virus as its target, the swelling goes away.

The swelling isn’t dangerous and usually clears up quickly, either on its own or after taking antihistamines or steroids. “It, of course, scares the heck out of the patient,” Lund says. “But don’t run to the emergency room,” he says. “Just pick up the phone and call your doctor.”

About 13 cases of rare blood clots are predicted to develop in women 49 and younger for every one million doses of Johnson & Johnson’s vaccine. Only two such clots for every million doses are calculated to happen in women 50 and older or in men 18- to 49-years old. A test can identify an uncommon immune response that is leading to those clots, ensuring patients can get the right care (SN: 4/16/21).

People may think a vaccine is responsible for a health problem if it happens soon after getting a shot, Maldonado says. But that problem may have happened anyway even if the person didn’t get a vaccine, she says. “There may be a temporal association, but not a causal one.”

But, she notes, “people just get nervous because it’s new.” While the speed at which the vaccines have made it into people’s arms is unprecedented, the technology behind them has been in development for years, she says. “These are probably the most highly studied vaccines ever.”

That ongoing surveillance is what alerted public health officials to instances of myocarditis happening post-vaccination. The CDC hasn’t reported how many children have been affected by myocarditis after getting a COVID-19 vaccine, but said that the number of cases is still within what’s called background levels. In any given year, doctors expect to see about two cases of myocarditis for every 100,000 children, Yonts says, but that may be an underestimate. Some children may have indicators of inflammation in their blood, but don’t develop symptoms. Those “subclinical” cases aren’t included in the counts.

Typically, infants and teenagers are more likely to develop the condition than pre-adolescent children. The cases being investigated for a link to the vaccine have happened in older teens and young adults, more commonly in males than females, and have tended to happen about four days after the second shot.

Viruses are the most commonly implicated cause of myocarditis, Yonts says. The inflammation is a product of the immune system trying to fight off the infection. Since vaccines prime the immune system, too, it is possible that a COVID-19 vaccine might trigger the heart problem in some kids. Other vaccines, particularly the smallpox vaccine, have been associated with rare cases of myocarditis in the past, she says.

But there has not yet been any cause and effect established between myocarditis and COVID-19 vaccines, stresses Yonts, who previously worked in the U.S. Food and Drug Administration’s vaccine evaluation branch.

Doctors are being urged to be on the lookout for the symptoms of myocarditis in their young patients and to report any problems. Yonts says two kids, and possibly a third, who were seen at Children’s National Hospital have fit the overall pattern of mild myocarditis symptoms that might be a side effect of the vaccine.

Such symptoms include chest pain, which may get worse when kids are lying down; faster or irregular heartbeats; shortness of breath; and dizziness upon standing up or being more active. Those symptoms come after the more common vaccine side effects, such as fatigue, body aches and chills. The myocarditis cases seen after vaccination have all been mild and went away on their own within a day of developing symptoms, Yonts says.

COVID-19 itself sometimes causes myocarditis. For instance, of 1,597 college athletes who had a SARS-CoV-2 infection, 37 were found to have signs of myocarditis, researchers report May 27 in JAMA Cardiology.

The disease can have other consequences, too, Yonts says, including long-COVID and an over-the-top inflammatory syndrome called MIS-C, which may lead to organ failure and death (SN: 5/12/20). That condition can develop four to six weeks after even very mild cases of COVID-19. And while COVID-19 is generally milder in children than adults, plenty of children get severe cases of COVID-19, she says. “In my practice, I’ve seen many kids admitted to the ICU, who require blood pressure support, or are severely ill with COVID-19. I have seen far more of those at this point than I have seen of the very mild symptoms of myocarditis.”

Trustworthy journalism comes at a price.

Scientists and journalists share a core belief in questioning, observing and verifying to reach the truth. Science News reports on crucial research and discovery across science disciplines. We need your financial support to make it happen – every contribution makes a difference.