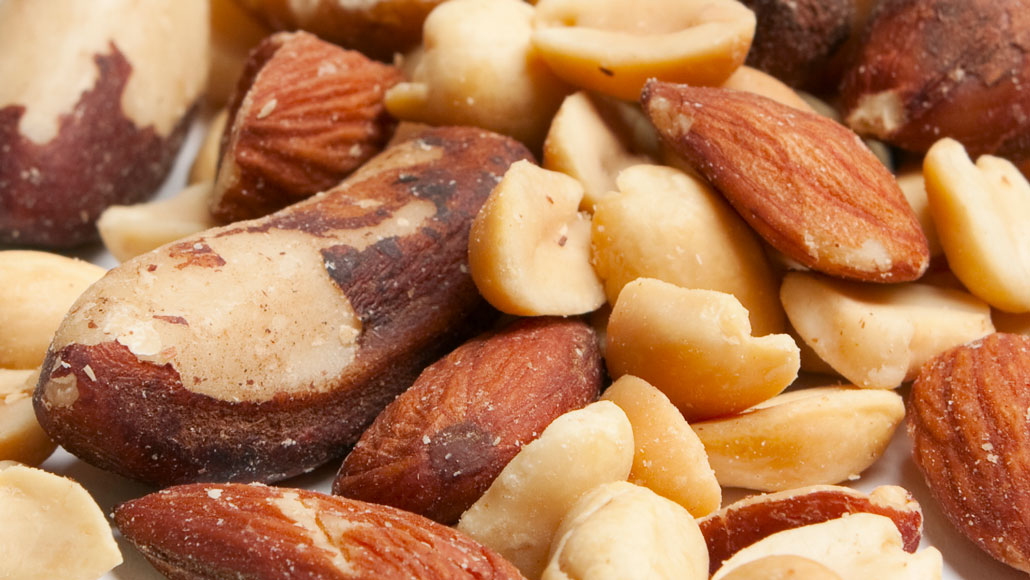 In a mixed bag of nuts, the big ones end up on top. Here’s how 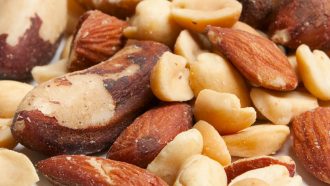 A new experiment reveals, in a nutshell, why the largest particles in some mixtures tend to gather at the top.

This phenomenon is known as the Brazil nut effect, since jostling mixed nut packages tends to bring bulky Brazil nuts to the top. The effect can also be seen in cereal boxes and even space rocks (SN: 8/15/14). Understanding how it works could help manufacturers create more uniform mixtures of ingredients for food processing, or more even distributions of active ingredients in medicine tablets, researchers report April 19 in Scientific Reports.

The Brazil nut effect has been tough to crack because it’s difficult to track how individual objects move around in the middle of a mixture, says Parmesh Gajjar, an imaging scientist at the University of Manchester in England. Using X-ray CT scans, Gajjar and colleagues followed the motion of individual peanuts and Brazil nuts in a box as it was shaken back and forth — creating the first 3-D videos of the Brazil nut effect in action.

In the videos, the Brazil nuts, which are oblong, mostly laid horizontally when they were first dumped into the container. But as the box shook, collisions between nuts nudged some of the Brazil nuts to point more vertically. That vertical orientation opened up space for the smaller peanuts higher in the mixture to tumble down and accumulate at the bottom, pushing the Brazil nuts upward.

While this finding could satisfy the curiosity of mixed nut aficionados, that’s peanuts compared to the practical use it could have for the pharmaceutical industry.